Stocks are turning in a mixed performance today, with major indexes flitting between positive and negative territory all day. The quieter Friday trading comes in the wake of a major surge during yesterday’s session. News this week was once again dominated by international commerce and earnings. Stocks struggled earlier in the week as traders sought to anticipate the banking contagion emanating from the plummet of Turkey’s Lira. Then, news broke that Chinese negotiators have arrived in the United States to resume trade talks with the Trump Administration, providing the fuel for Thursday’s rally. Elsewhere in the news, the US President has instructed the SEC to consider doing away with quarterly earnings reports altogether.

Several prominent earnings reports also did much to set the narrative for the week’s trading. Broadly positive earnings for retailers are offsetting weakness in the chipmaking sectors and papering over concerned with Turkey, where the Lira continues to struggle. With European banks perceived as far more exposed to the Turkish economy, US stocks are posting a growing divergence with European equities. 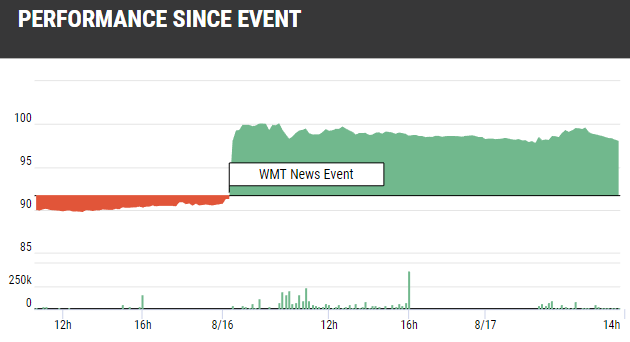 Even before news of resumed trade talks with China broke, Walmart kicked off Thursday’s rally with an impressive earnings report. The retailer generated its best sales growth in over a decade. In-store sales growth has been focused on apparel and groceries, where Walmart has been making substantial investments.  All important e-commerce revenues are expected to be up 40% for 2018—a vital metric in the retailer’s ongoing efforts to compete with Amazon.

After the revenue beat and positive forward guidance, the stock surged almost 10% on the announcement and remains up 6.91% at the time of this writing. Walmart took some one-time losses related to sales of its stake in Walmart Brazil, but investors are much more focused on the overall revenue growth picture. With a major website revamp complete, Walmart is focusing on increasing the presence of major brand on its e-commerce platform, while also focusing on acquiring a share of the growing grocery delivery market. 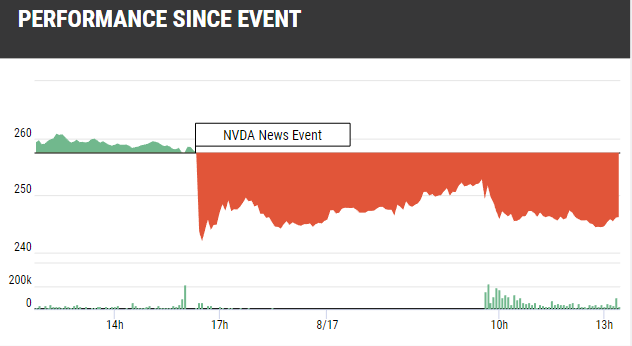 After the close of trading yesterday, chipmaker NVIDIA disappointed investors with its own earnings report. NVIDIA’s chips are traditionally focused on graphics processing, but cryptocurrency “miners” have adapted them for their own use, driving a huge boom in demand for the chips in recent years. NVIDIA actually posted a revenue Beat on Thursday, boasting a 40% increase in year over year revenue. Forward-looking revenue guidance, however, came in behind investor expectations. With investors increasingly concerned over the future of cryptocurrencies, the lower-than-expected guidance led to a sharp selloff. Analysts have continuing fears regarding the broader chip-making sector, as reported by Bloomberg here.

NVIDIA remains down over 4% at the time of this writing.

We expect the dueling pressures of strong earnings from a still booming US economy and tensions from international markets to continue in the coming weeks. It’s continuing to be a profitable environment for news-based traders.

With the right data, any news event that changes the value of the company is a profit opportunity. If you’d like to learn more about using real-time news analytics and deep historical data (all combined into an easy-to-use platform) to find consistent market-beating profits, we recommend one of our complimentary virtual training seminars. These sessions don’t come with any hard sell, just an up-close look at the proven strategies our users are taking advantage of each and every day. Claim a spot in our next session using the button below to learn how to level the playing field with Wall Street Quants: